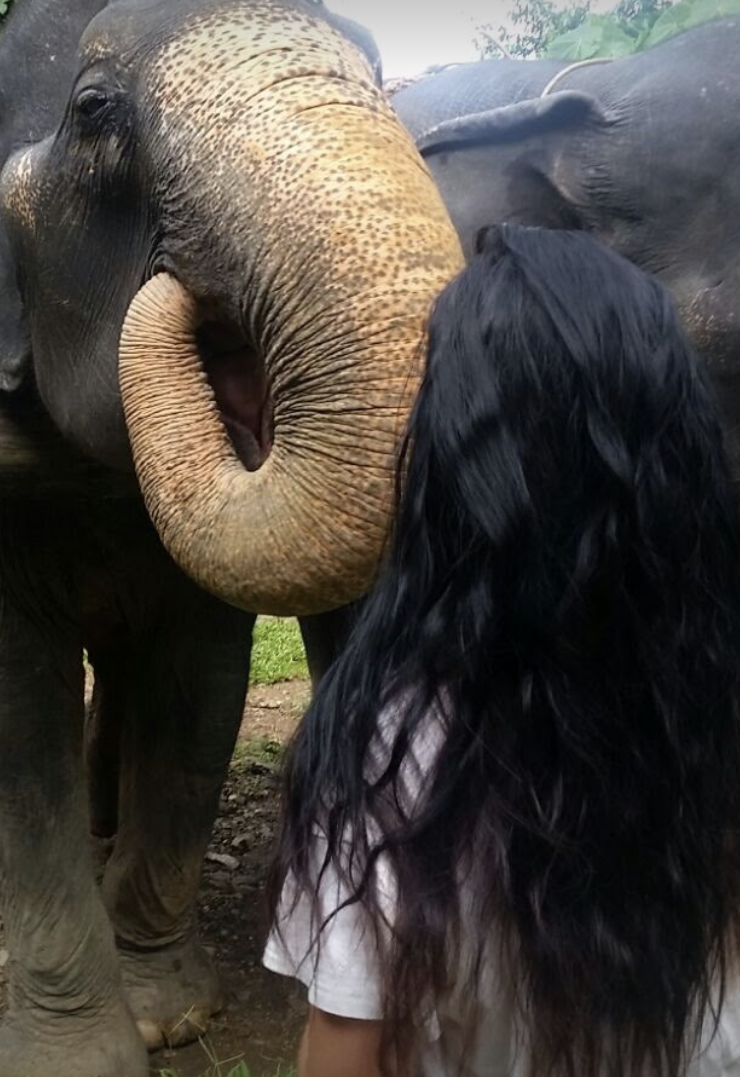 In November 1995 I remember sitting in front of the telly, wide-eyed and cross-legged, staring up at Michael Jackson as he cut a striking figure against an apocalyptic background, calling for global peace, an end to animal exploitation and the destruction of our planet. He was singing Earth Song – a record that despite its age is sadly still as relevant today as it was back then.

I had turned four just a couple of weeks before that release, but it made a real impression on me. It quickly became my favourite song. I was allowed to stay up to watch half of Top of the Pops on a Friday (no Youtube back then 😉) – so every week I eagerly awaited the video’s airing. Something about the tragic sequence of shocking visuals must have captured my imagination and awakened the sensitive, empathic soul within me. I even remember having dreams about it – particularly the scorched, blackened twigs that used to be trees set against the fiery sky – the corpse of an elephant with its tusks torn away from it.

But it wasn’t until a few weeks ago, over twenty years later, that I made the connection between the moments I spent staring up at that screen and the beliefs I hold to this day. I didn’t even make the connection myself – it was my boyfriend who recognised the link. One night we were discussing our favourite Michael Jackson songs and I said mine was Earth Song. I told him how vividly I remembered those evenings as a little girl, watching the video every week it was in the charts, captivated. Instantly he told me he felt it must have shaped my views…that the person I am today perfectly reflected the innocent child glued to the TV! We watched it again and all these memories came flooding back to me. Looking back the content really was horrible – but I never saw it that way. I wasn’t scared or fearful. I just took it all in.

I absolutely loved that song. It made a strong and lasting connection with me – even at such a young age.

I have always been an animal lover and idealist – I don’t ever remember a time when I’ve been different. I became an opinionated (and by all accounts quite annoying 🙈) activist at a young age. I was anti-war, anti-capitalism, pro-peace, pro-animals. I hated Tony Blair for the Iraq War – even though I had no understanding of it. I hated the divide between rich and poor – I couldn’t understand inequality and injustice made me angry. I regularly expressed a desire to join Greenpeace and ride on the Rainbow Warrior – harpooning the poachers who targeted the whales and seals, throwing myself on the whales to deter attack. People told me I was stupid and asked me why I would put myself in danger like that but I never thought about it as dangerous, I just knew I wanted to do it.

When I became vegetarian in my early teens it wasn’t really a thing amongst young people like veganism is today (I didn’t hear of that until I was 18!) I didn’t know any adults who were veggie, either. I regularly ruined Sunday roasts with my reminder that everybody was eating a defenceless animal. Usually I wore t-shirts with animals on them – my favourite was a pink one with a pig on it that said ‘I’m not bacon, I’m your friend.’

Nobody understood the veggie, animal-lover thing. It was a step too far for them. I was a wannabe hippy, it was just a phase. I was already an overweight, nerdy teenager with no friends, bullied mercilessly. My strong opinions on ‘unpopular stuff’ didn’t help. Eventually I became very ill with an eating disorder and afterwards my parents persuaded me to eat meat again. Recently I rediscovered my roots and became vegetarian, then vegan. Now I can’t imagine being anything other than my true self.

Now I’m 27. I obviously have a much greater understanding of the complexities of a peaceful, harmonious and healthy earth. My strong opinions aren’t quite so fierce, and I certainly don’t push them on other people unsolicited. But my feelings remain completely unchanged – as a four year old girl I felt exactly the same way as I do now. I have more insight and information today – but those deep, primal instincts remain. It makes me sad now to look back at that passionate little girl, and later the troubled teenager, both of whom knew right from wrong deep down, but were battling against the fear of not fitting in and not being ‘normal’. Eventually I got tired and gave in to my demons…I spent years fighting myself instead of fighting for the causes that mattered to me so much.

Rewatching the video and listening to the song now as an adult brings up so many mixed emotions for me. It makes me even more determined to make a difference, however small. It even gets me thinking about how I’ll bring up my future children – my hope to raise compassionate, respectful people who will cherish and protect their habitat and fellow earthlings. I feel huge respect for the schoolchildren who marched earlier this year, taking a stand against the government. I know that had the movement happened when I was young I’d have been there myself with a huge banner, shouting at the top of my voice 😭

Today, on Earth Day, my hope is that more young minds can be influenced by popular figures in the media standing up for what’s right, just as I was.

What about you? Did you love Earth Song? How are you celebrating Earth Day?